“Christian Movies” have come a long way in the last few decades. A LOOOOONG way. As a Believer, I was captured by the fact that it is based on a real life situation. I don’t know how “close” it follows the actual story. My sense is…pretty closely. Nobody does Miracles like God, so I’ll leave that part to Him. All I’ll say is- Go see it. Miracles happen all the time, but few make it to the news and even fewer to the Big Screen. We are fed a steady stream of bad news and it’s refreshing to see a movie like this one AND see it do as well as it is. Wow! Guess I’m not the only one who wants to see more “Good News” than bad. Go see it. Take your family and your friends. Movies like this one need our support and I believe that the success this movie is built on is forcing “hollywood” to make more Faith based movies that we can all attend! No big special effects or mind-numbing music. Just a good story about a great Miracle from God!

Adapted from the 2017 nonfiction novel “The Impossible” and based on an actual incident which occurred in January 2015, “Breakthrough” tells the story of John Smith, a 14-year-old St. Charles, Missouri boy who was playing with friends on the frozen surface of nearby Lake Sainte Louise when the ice broke, plunging the boys underwater. While his friends were quickly rescued, young John became trapped, and soon sank to the bottom.

After some 15 minutes submerged in the icy waters, the teen was finally pulled from the lake by first responders and taken to a nearby hospital, where ER physicians unsuccessfully administered CPR for some forty-three minutes. The doctors were about to deliver the tragic news of the boy’s death to the family when his mother arrived at the hospital and entered the room.

At that point, in the deliberately laconic phrasing of the church pastor played in the film by actor Topher Grace, “Patient died, mother prayed, patient came back to life.”

As adapted to the screen by writer Grant Nieporte and directed by television actress Roxann Dawson in her big screen filmmaking debut, “Breakthrough” creates a compelling backstory in which the central dramatic conflict becomes not between the the boy’s mother and the physicians treating him or between the boy and God, but between the mother and the new pastor of the church the family attends.

Played by actress Chrissy Metz, best known for her her role as Kate Pearson in the popular television series “This Is Us,” Joyce Smith is a longtime member of the local First Assembly Church who bumps heads with the church’s new pastor, John Noble, over the church’s evangelical direction and practices. Their relationship is strained and deliberately remote.

But after learning of her son’s accident, Pastor Noble is among the first to arrive at the hospital to offer support and encouragement to the family. The pastor quickly makes it clear that, enemy or friend, he’s there to stay for as long as necessary…no matter the outcome.

In a way, the relationship between Smith and Noble is vaguely reminiscent of the conflict between Taraji P. Henson’s Ann Atwater and Sam Rockwell’s C.P. Ellis in the recent “The Best of Enemies”–ideological enemies who through conflict and adversity find the strength to move forward together.

Chrissy Metz makes a persuasive transition to the big screen with her appearance as the real-life Smith. Fiercely devoted to her faith, Metz’ Smith is also almost obsessive in her duties as a mother, a helicopter parent acknowledging a past in which she wasn’t committed to the sanctity of life and the concept of family. The versatile Metz also performs the Diane Warren ballad “I’m Standing With You” over the film’s closing credits.

As Pastor John Noble, Topher Grace creates another impressive characterization in his career as one of the most busy and eclectic actors in motion pictures. Addled and awkward, frequently distracted, mixing metaphors and misquoting slang in an effort to reach out to the church’s youth, Grace’s Pastor Noble is eccentrically endearing but exasperating in his sureness, unwavering in his faith, resolute in his commitment to his congregation.

It’s probably impossible to separate “Breakthrough” from either its roots in evangelical cinema or the other pictures in a rapidly growing genre which now includes such hits as 2014’s “Heaven Is For Real,” 2015’s “War Room,” the “God’s Not Dead” pictures, 2016’s “Miracles From Heaven” and 2017’s “The Shack.” No explanation other than but faith is ever considered for John Smith’s miraculous healing, or even proposed. According to the film, none is necessary.

Some viewers might grouch that the conflict in “Breakthrough” between parent and the pastor seems fundamentally trivial and dramatically shaky. But such are the crises that populate ordinary lives, rather than Thanos mortality snaps, warp engines, or emotionally conflicted superheroes. Critics additionally might quarrel about the the viability of “Breakthrough,” and argue that the child’s rapid recovery from his injuries had countless explanations independent of faith.

But the philosophical principle known as Occam’s Razor states that simpler solutions are more likely to be correct than more complex ones. Religion doesn’t need to be true to have truth in it. Even scientists and skeptics acknowledge that prayer contains therapeutic values difficult to explain beyond face value. And no family who’s ever been on the receiving end of a miracle is likely to forget the details…or doubt the source.

“Breakthrough” is frequently unsophisticated, unpolished, and more than a little rough around the edges. The picture goes on for at least ten minutes too long, and contains two dramatic resolutions too many. Director Dawson additionally has an infuriating habit of keeping the audience in suspense unnecessarily, panning her camera slowly to reveal information which should be delivered to viewers as it occurs.

Still, with source material this good and a subject this compelling, it’s tough to go too far astray.

Released to 2824 theaters across the United States and Canada, “Breakthrough” has earned some $14.6 million, enough to score the number three spot on the week’s Box Office Mojo Top Ten. The movie is also scoring strongly with the critics, earning an approval rating of 64% from Rotten Tomatoes and 47% from Metacritic. Exit audiences polled by Cinemascore award “Breakthrough” an average grade of A.

“Breakthrough” is rated PG for thematic content, including peril. 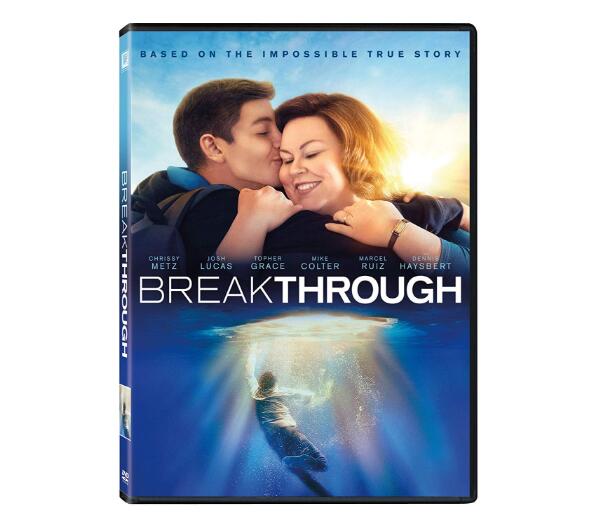 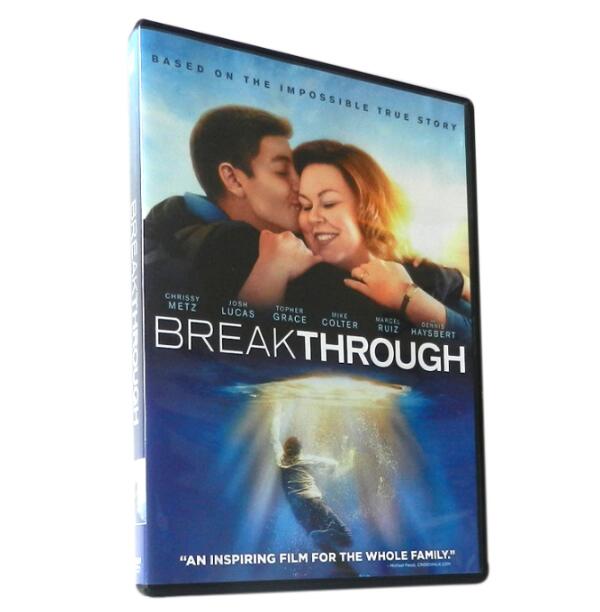 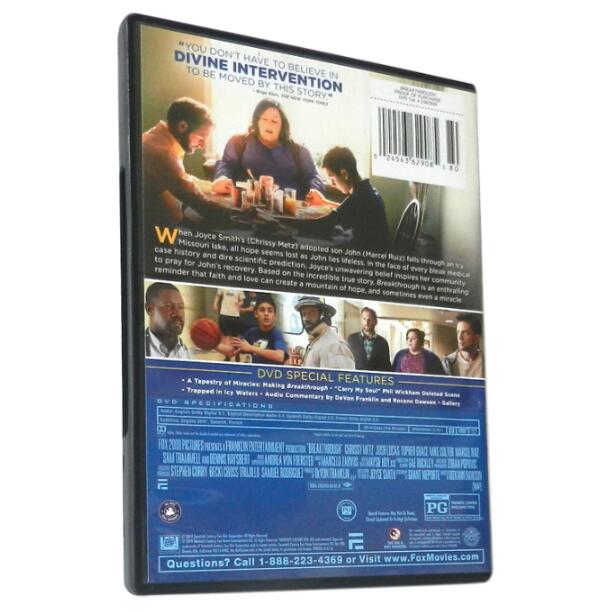 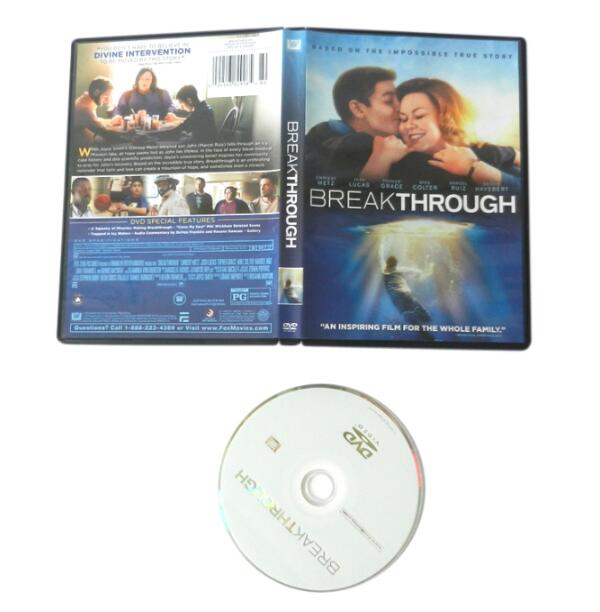 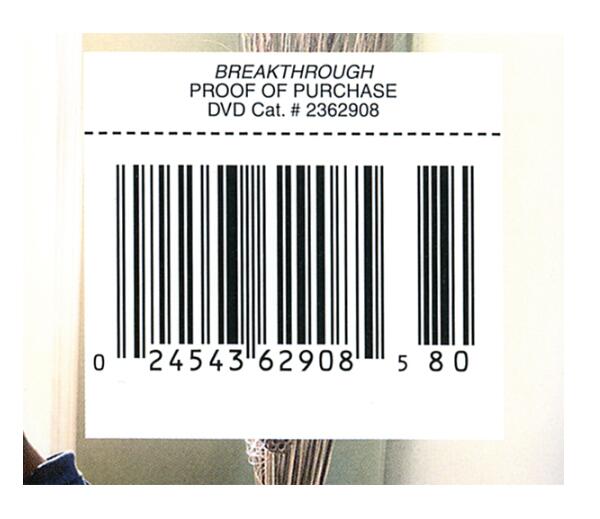 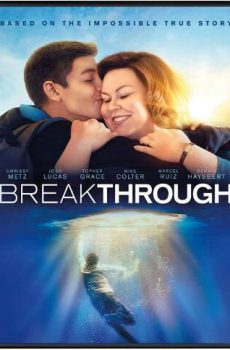