I must confess; I am really struggling on my approach for reviewing this film. Quentin Tarantino’s Once Upon A Time In… Hollywood Is a monument to so many grand and large-scale subjects. I am having a hard time writing because I am still processing and digesting what I saw. I couldn’t sleep last night. The images and lines of dialogue circling my brain and tormenting me. Once Upon A Time was my last thought before I eventually slept and occupied my mind first thing upon waking.

This is a different story for Tarantino. No stranger to altering history to fit and build his narrative, Once Upon A Time is still so unique. We all know it’s roughly based on The Tate, Polanski, and Manson horror story of the late 60’s, but it’s presented in a way that I believe only Tarantino could have shown us. It takes it’s time, I mean really takes it time. Tarantino’s films are usually a pot boiler of suspense and pressure, building the tension throughout the entire film, a juggernaut sprinting to the finish line for the big payoff; Once Upon A Time takes a slow drive through the Hollywood hills. Large parts of this film take place on the set of other movies. Literally. Leonardo DiCaprio plays Rick Dalton, an actor on the wrong side of his prime. Bloated from booze, tired and struggling to stay relevant. A large portion of this film is Dalton’s internal torment. Every actor faces obsolescence, it’s inevitable. At what point do you hang up the gloves and accept it?

Dalton’s stunt double, errand boy, and bro til’ the very end: Cliff Booth, is played by Brad Pitt in the greatest performance of his entire career. We spend a lot, and I mean a lot of time with Cliff, which is fine with me because he is the best character Tarantino has ever created. We sit passenger with Cliff as he drives though 60’s Los Angeles, we spectate him goofing around on film sets, we see him in his crummy trailer, and not an acting trailer, it’s his shabby little home comfortably parked behind the drive-in theater. What makes Cliff so fun and interesting is that this is Cliff’s reality. He likes his life and he loves his friend. Tarantino never resorts to the easy path. Cliff never gets jealous of Dalton, doesn’t mind fixing his cable antenna, loves being his driver, always there to pump him up and remind him “Hey! You’re Rick f***ing Dalton.” Success is relative and for Cliff someone who clearly wasn’t born into Hollywood, this is just too much damn fun.

This movie is a large wonderfully written love letter to 60’s Los Angeles, Hollywood, commercials, cars, fashion, feet (a friend and I coined ham-footed, we know Tarantino has a thing for feet, but jeez there are a lot of women bare feet in this movie and usually right up in the camera), film and all of its facets, movie sets and production, all of the things that fascinated a young Quentin and inspired him to make movies. He adores them all, but the one aspect of this movie I feel he loved the most was Margot Robbie as Sharon Tate.

Robbie is undeniably one of the most talented and exciting performers in recent memory. She absolutely stuns in everything I’ve seen her in. This role was handled with a lot of respect, admiration, and love for Tate. She’s the bright, beaming ray of light this often troubled and at times very dark film clings to. I love that about Tarantino, his films center on strong women. Some of them stone cold killer, samurai sword wielding angels of pain and death, some of them are just regular people. Tate was undeniably special and mesmerizing, but she’s played and written so casual and natural. We see her go to the theater to watch herself in a movie she stars in, hoping and praying for that validation as the audience reacts to her scenes on the big screen. She’s like us. Better, but similar.

Everyone is going to talk about the end of this movie. I will not spoil anything. I had no idea what we were building up to it until we were there. This film is not aimless, but so deftly builds in tension I had no idea we were already two and a half hours into the film. I did not want to see a pregnant Sharon Tate’s fate in this movie. Talented as Tarantino is, I couldn’t think of a way he could make this in a tasteful way. In my mind, the story ends in a perfect way. My two friends joining me were split on the ending. Not so much the content but the ideas. “These are real events and real people with real lives, this is based on.” It made my friend a little uneasy and said the feeling sat with him the entire film. While I respect and love my friend. I saw this movie a very sweet testament to a time that had a, well, most would say innocence, I say ignorant bliss. The end of an era. The Manson family murders changed everything. The way the world changes after a massive tragedy.

Once Upon A Time In… Hollywood is Tarantino’s grandest film. I would call myself a casual Tarantino fan, I have a ton of respect and admiration for his movies but am far from a fan-boy. That stated, I have to say without a doubt I’ve never been more excited to see a movie. I didn’t watch trailers, I didn’t read reviews, I wanted to be surprised. I love blind jumping into films and having no idea where the bottom is. Once I adjusted to the pace and stopped trying to analyze every single frame, I realized what this man was working towards and what kind of film he was making, I let myself fall under Once Upon a Time In…Hollywood’s enchanting spell and went for the ride. I was lucky enough to catch a 35mm film print on preview night at The Hollywood Theater, a perfect venue. At two hours and forty minutes I was still hungry for more. This film continues to sit in the forefront of my mind and will stay with me for a very long time. I must see it again.

Wow, this movie is 3 hours of SLOWWWW moving self-absorbed writing. Only the last 10 minutes of the movie gave you what you wanted from Tarantino. Obviously, everyone is too busy slobbering over the novelty of the movie right now. And it does have that, plus Pitt and DiCaprio… but otherwise it moves SO slowly and the scenes are just too long for no good reason.

You’ll watch this movie maybe one time and again 2 years from now. You won’t want to watch it often like you can watch Pulp Fiction, or some of his other movies. And yes, Tarantino is enormously self-absorbed in his writing.

Obviously who cares what I have to say about this given all the fawning going on, but it wasn’t one of his better movies. I’m sure in his head he just thinks we all don’t understand his genius.

If this movie just had no-name lead actors, it wouldn’t stand on it’s own.

-azviewer39586
Definitely one of Tarantino’s best. The movie feels like a cross between Pulp Fiction and Jackie Brown. Everyone in the movie does an excellent job in their roles. Great soundtrack and great cinematography! Also with this being Luke Perry’s final film, it did him justice. I don’t want to do a spoiler review. Just go, relax and sit back to a wonderful piece that brings the Hollywood vibe in the 60’s justice. The film is basically set in three acts. First act is great and hilarious. The second half slows it down a bit but it brings more life to the story and characters. The third part is just jaw dropping glory!!! You will stand and cheer!!!! This is definitely a repeat viewing film. Great job Quentin and crew!!! A+++. Per Brad Pitt, Tarantino and Netflix are in negotiations to release a 4+ hour version of it on Netflix soon after release on home video. It will be broken up into chapters like they did with the extended version of Hateful Eight. Can’t wait to see that!!!!

The Rick-Dalton led fictional series Bounty Law, Tarantino says that he fully intends to shoot the five episodes he wrote for the show, directing them himself…

“As far as the Bounty Law shows, I want to do that, but it will take me a year and a half. It got an introduction from Once Upon a Tim in Hollywood, but I don’t really consider it part of that movie even though it is. This is not about Rick Dalton playing Jake Cahill. It’s about Jake Cahill. Where all this came from was, I ended up watching a bunch of Wanted, Dead or Alive, and The Rifleman, and Tales of Wells Fargo, these half-hour shows to get in the mindset of Bounty Law, the kind of show Rick was on. I’d liked them before, but I got really into them. The concept of telling a dramatic story in half an hour. You watch and think, wow, there’s a helluva lot of storytelling going on in 22 minutes. I thought, I wonder if I can do that? I ended up writing five half-hour episodes. So I’ll do them, and I will direct all of them.” 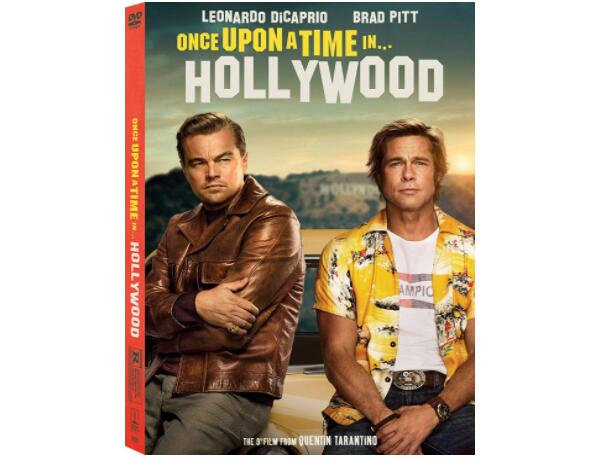 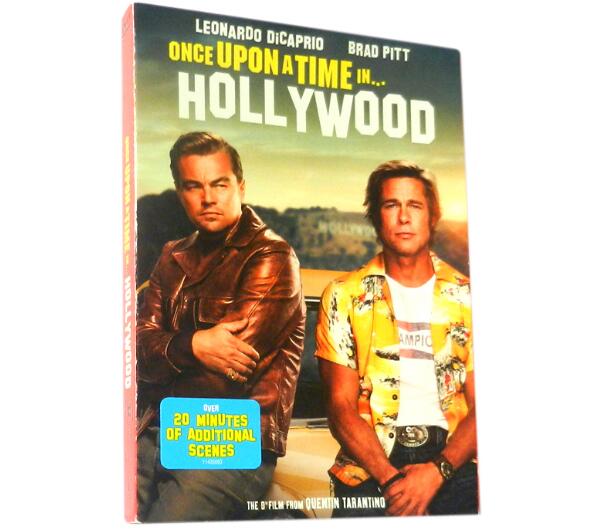 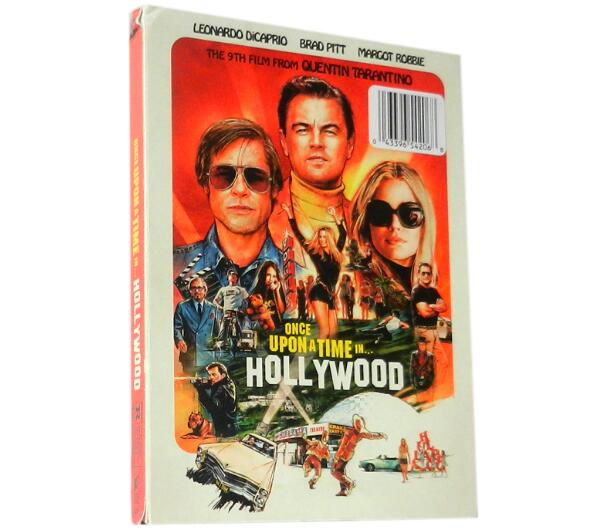 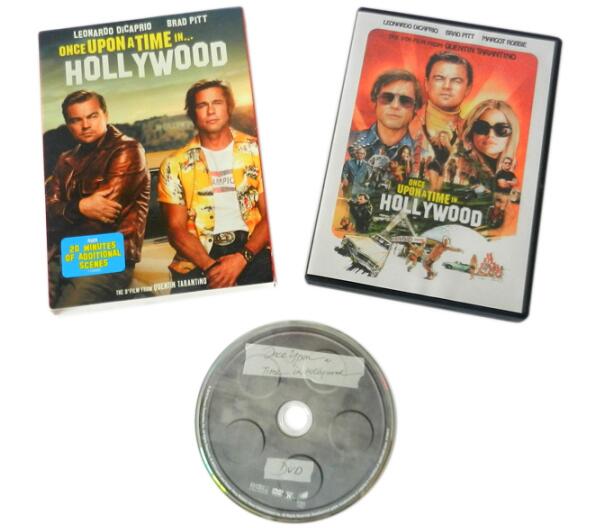 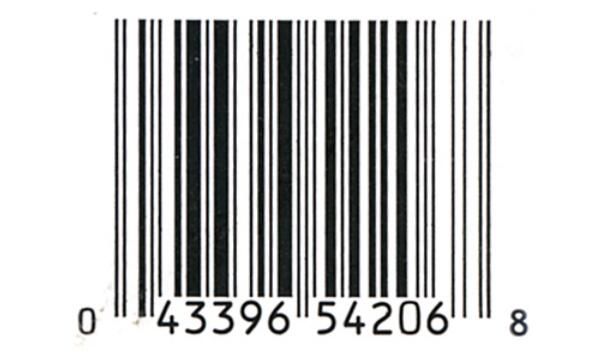 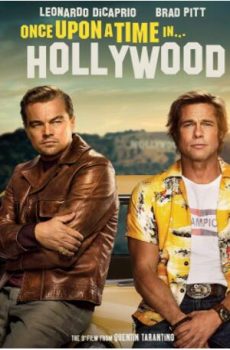